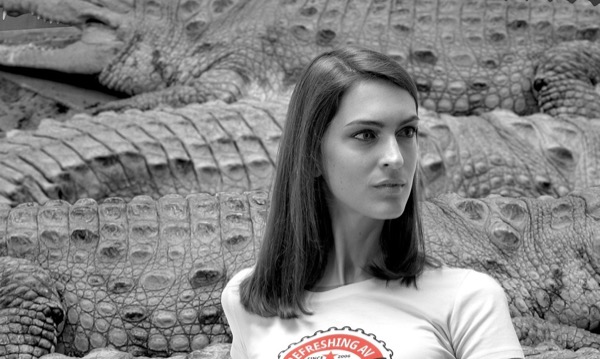 We Launched Our Own Alcohol Brand And Maybe You Should Too

No audio version this week, I’m on hols up the coast without a microphone, also it would just be lame descriptions of pictures.

Lots of marketing case studies are fascinating, and if you run a small/medium business, they’re as useless as a bench press in a Tyrannosaurus gym.

“10 Techniques Apple Used To Become The Most Cashed-Up Brand On Earth.”

Thanks but using Apple, Tesla or Nike in marketing advice is like that point in a political argument where you call your opponent Hitler. Their enormity makes it hard to draw usable inspiration. What are we expected to do? Hire Jony Ive to refresh our product design? Add interest to our main brand by starting a side-hustle space program?

So regular business people give up and retreat to the safety of banner ads and letterbox fridge magnets, just another indistinguishable tree in the brand forest.

For us modest pleb businesses, here’s a marketing case study that cost about $7500 and was really useful in establishing a presence when we were a small outsider brand. It involved a trade show attached to a conference.

It’s a lesson in how you can spin out one good basic idea into a wide range of interesting antics that make you look much bigger than you are.

Trade shows can be pretty grim, like a corporate version of Amsterdam’s Red Light District. Grids of harshly-lit white boxes, in each a hopeful rep trying to make eye contact, wanting to be your special supplier. Behold the leading-provider solutions on my roll-up banner! Would you care for a USB stick? Perhaps an individually-wrapped chocolate with a logo will close the deal.

Show visitors amass re-usable bags of collateral, all destined for the hotel room bin on check-out. For stand staff the objective is not so much ‘use these promo items to win business’ and more ‘please don’t make me lug all this crap on the flight home’.

Meanwhile the actual business and secret deals are done in dark bars off-site, often by people who aren’t even working the stands.

T-Shirts: Cheaper Than Brochures And Other Bin-Fodder

Our industry has a mainly female client base. Our corner of the industry – event audiovisual – has a long history of boring clients senseless with product banter at networking events. Plus world-class tech mansplaining on-site. We hire and train people to be the opposite of that.

We’re not going to give people brochures or whatever because:

b. They become landfill the very next day

c. It’s what other companies do

From year one, we realised it was cheaper to give everyone at the annual event industry conference free t-shirts. They developed quite the following. We buy both women’s and men’s cut shirts, and use a deluxe brand because the fabric feels good. A lot of clients tell us they wear them to bed. What nicer expression of trust in your brand?

For t-shirt number 6, the conference was in Darwin. The concept needed something worthy of the general looseness of that destination. Nothing radiates loose tropical vibes like Australia’s bogan back-from-Bali uniform, the Bintang singlet. Which led to:

If we were a corporate client some drone in a meeting would have blocked it because ‘it misspells our logo in direct contravention of the brand manual. Also it makes no sense, we’re not a drinks company’.

The whole point of these t-shirts is to make no sense. It’s just amusement for the sake of it. Almost all marketing now is just boasting about how great you are, and that is not interesting, charming or believable. Nobody wants to hear about your ‘unique’ range of ‘turnkey solutions’. When in doubt just try being likeable.

Scenechang: Our Very Own Beverage Brand

Six years into the t-shirt program, we thought: how can we make it more interesting? Why not make Scenechang a real range of alcoholic beverages? Because … Darwin.

We found a contract brewer who could make a custom-print pallet of beer and cider (to balance out the potential blokeiness). If you want to do this I was really impressed by Brewtopia, their brewing skills are worthy.

Next step: publicity. Trade media won’t run your ad for free, but they’ll run a photo that’s basically an ad. Obviously it needed crocodiles (again, because Darwin). Which presents a tricky art-direction situation: a beer ad with a model and crocodiles could so easily stray into tacky lad-mag territory, the last thing we wanted.

So we went for a Peroni-style black and white look, with the inner strength of Russian talent (her day job – data security analyst, perfect). In situations like this you need a proper pro photographer, in this case John Marmaras. This is not a gig for your friend who owns an SLR and works mainly in the Instagram Boyfriend genre.

Editors like a strong photo. We put out a press release on ‘Scene Change Announces Move Into Alcoholic Beverages’ and most of the trade picked it up. Good publicity, plus enjoyable confusion among our competitors.

We landed in Darwin armed with t-shirts and alcoholic beverages. If you bring the building blocks for stories, interesting things will happen. Not always, but more often than not.

The association’s CEO was given a last-minute opportunity to be lowered into the Crocosaurus Cove Cage Of Death, a tank with an enormous crocodile, while the entire industry watched in evening cocktail mode. What do you wear into the croc tank at a business casual event? May we suggest an XXL Scenechang t-shirt?

I’d planned a couple of videos for on-line use after the conference, reworking the words of the classic VB ads, with event industry lyrics. We sneaked cases of drinks into the evening events, and asked a bunch of industry friends to do a line each.

I did a rough edit during a lunch break, and it felt nice and Darwin-y. So we asked the conference manager if they’d like some content for the big screen. So they closed the conference with our goofy beer ad.

(There’s another one for the cider with even more croc footage).

Afterwards everyone just assumed we were the major sponsor of the event, which was far from the case. But we were the ones they remembered, because we put a bit of effort into creating some light entertainment.

And because the whole point of marketing is to not do what everyone else does.

Spending Money On Mad Things Can Have Massive ROI

You can do this.

If thinking up stunts isn’t your strong point, hire a small marketing agency, challenge them to come up with something mad and interesting, and don’t block their ideas like all the other clients do.

Pick their maddest idea, you’re not running an emergency surgery unit and there’s little downside. That faith will make you their favourite client, and if you stick at it long-term, together you can achieve profitable brand greatness.

How profitable? Two years after Scenechange we had enough spare cash to pull off the largest and funniest of the t-shirt stunts, that time we bought a private jet. If you didn’t catch that story before, check it out just for the Nicholas Cage content.

After Scenejet we’d made our point, the business had momentum, and there was less need for stunts. We still do the t-shirts.

There will be no space program, but if we had our time over, we’d do more stunts not fewer. Live a little, business people.

If you liked this you should definitely read The Art Of Business Drinking: 10 Essential Tips.

New around here? I write a story like this each Tuesday, drop your email here to get it sent direct and you’ll end up fit, rich and happy*. 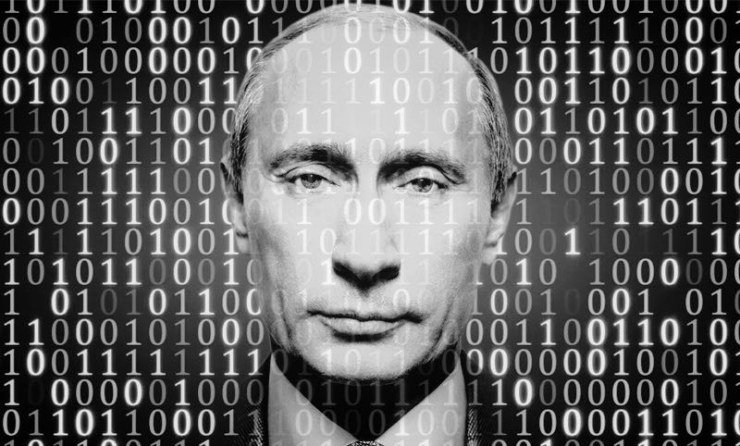 The DIY mindset runs deep in the small and medium business world. In the long-term, not paying experts will cost you. 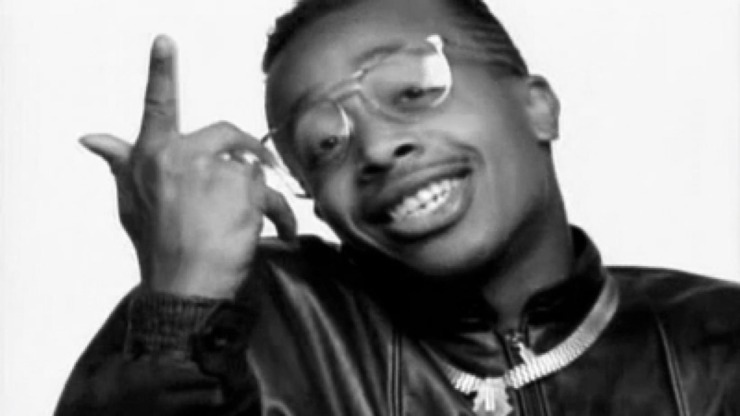 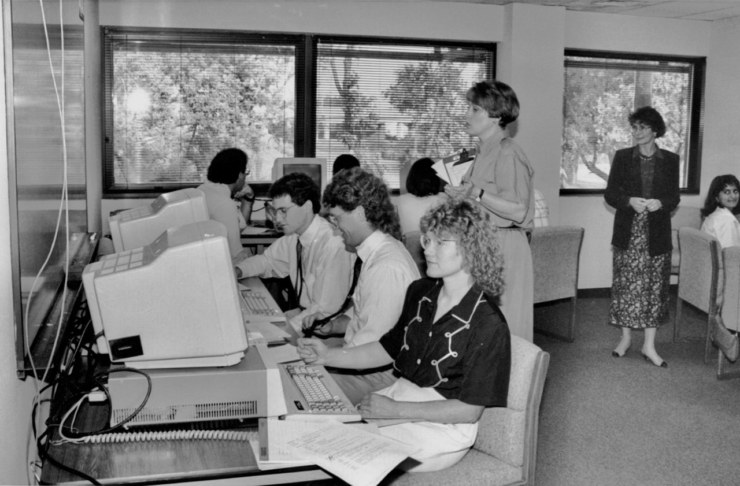 Old’n’Dirty: 13 Things To Banish From Your Business

The decor, processes and technology that make your business look like the one that turned up to the party in Crocs.

on We Launched Our Own Alcohol Brand And Maybe You Should Too.
FREE E-BOOK