A Rat’s Guide: The 7 Signs Of Sinking Businesses
Share 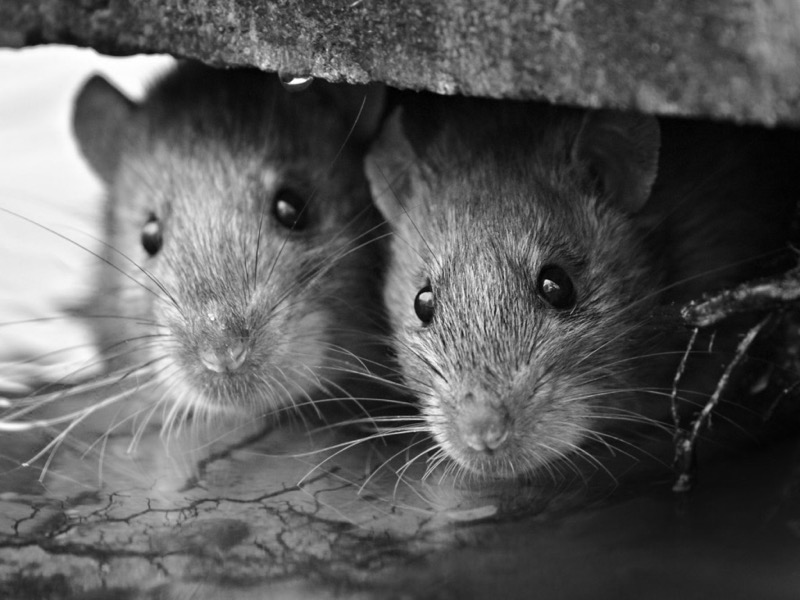 A Rat’s Guide: The 7 Signs Of Sinking Businesses

Audio version: 9 and a bit minutes, now with theme music!

OMG Is Your JOB AT RISK?

Got a job? Do you like job security? Why wouldn’t you, many jobs are fun and a good way to afford food and shelter.

We’ve spoken before about how they’re riskier than owning your own business now, but still, most people have jobs and would like to keep them.

But how do you know if you’re working for a solid, dependable business, or one that’s teetering on the edge of doom? When should you desert that sinking ship like the smartest rat on board?

Sometimes the staff are the last to know. So here’s a list of the 7 danger signs for a sinking business. See one, maybe you’re still OK. See more than two or three, and you should consider getting the hell out of there.

If it’s your company … you’ve got some serious soul-searching to do.

1. Assets In One Company, Staff In Another

If the business has set up a separate company solely to employ its staff, while another owns the assets and manages the business, you’re standing on a trapdoor above a shark pool.

A lawyer might be able to give you a legitimate reason for doing this, but I’ve only seen it used for the deliberate screwing of staff. Usually the company goes under, after the owners have sucked all the assets out, leaving nothing to pay staff leave, superannuation entitlements and so forth.

Management will assure you your job is safe. Because they would say that, wouldn’t they?

I used to do ads for an insurance company. They developed a policy to cover staff entitlements if your company went into liquidation. The ads were nice but nobody bought policies.

Because not a single company believed they would ever go under. That’s stuff that only happens to other companies.

2. A Past Record Of Phoenixing

If you haven’t encountered phoenixing before, it’s businesses going into liquidation to avoid paying everyone, then the owners pop up with a new company that does the same thing. It’s a particular problem in the construction and labour hire sectors.

Apart from the other dodgy signs in this article, look for different company names all with the same address and phone number.

In our own sector I only know one serial phoenixer, a beady-eyed, conscienceless human cockroach. He did the separate staff/assets companies thing, then the company went under.

He popped up at the auction of his own dead company, buying assets cheap for his next scam, telling pissed-off former staff that ‘you just don’t understand how business works, do you?’

Turns out he a history of that. Fuck that guy with a rusty fork. And beware, there are plenty of them despite weak government efforts to crack down.

3. Super Or Entitlements Not Being Paid

A classic symptom of cash flow juggling. Paying it a month late isn’t the end of the world – most businesses mean well, and they’re just trying to keep enough working capital in the business to keep the staff employed.

When it goes unpaid for 6 months or a year, that’s real hard to come back from. There will be other taxes they haven’t paid either. Cut your losses and run. Resign now and you get your entitlements, while those who ride it out to the end go into the queue with all the others.

You might not notice this if you’re not in the finance part of the business. Lesson: it pays to make friends with people in all areas of the company, you get a better-balanced portfolio of warning signs.

Booking revenue as soon as the sale is confirmed, even though the work and payments don’t start until next year, is a classic steroidal approach to jacking up the books. With the same results in the end: hair loss, increased aggression, and shrunken genitalia. (OK maybe that last one is exaggerated, I’m not a doctor).

The day after I drafted this article, I read this tale of WeWork’s financial capers. It’s a next-level escalation of timing monkey business. Just to pick one: they record supplier discounts as revenue. It’s a Stephen King-grade accounting horrorshow and essential business reading.

The old CEO left to ‘pursue other business opportunities’ or ‘wanted to spend more time with their family’. They were only there a year. Other managers come and go. That’s a trouble sign. There are problems they can’t fix, and they get scapegoated by the board.

Once everything starts smelling of fish, it’s hard to pull in good talent, so you get a downward spiral of journey-managers who can’t get a gig elsewhere. Flee.

Working in retail? Stock gaps in shelves are the shop version of the ice addict’s gap-toothed smile, a sign that things have been neglected way too long.

Now the owners are at a point of cash desperation where they might consider murdering people for their welfare entitlements.

As the end-times draw near, companies have a street-junkie desperation to get some cash through the door. There is no customer too dirty to service. Break-even margins? Poor credit rep? Doesn’t matter, just get something in so we can meet payroll and deal with the consequences later. It just kicks the can a little further down the road but the end game is the same.

And if they’re a phoenixer, they’re keeping prices low by having no intention of paying any suppliers.

Is Your Business About To Be Put Up For Sale?

It’s not quite the same, but maybe the place you work is being prepared for sale. Look for these signs:

These are signs your owners are pumping it up to sell. What they’re doing isn’t great for the long-term health of the business, and it will drift across the finishing line running on fumes.

Whether you want to stick around and meet the new owners is up to you, but there’s a chance they’ll be private equity and that’s a whole different nest of rats we’ll cover another day.

Change of topic, but after all that rat imagery we may as well cover other furry scavengers. One of our nice readers in the insurance industry emailed today with this raccoon business newsflash:

Are raccoons mean? Not legally, a federal judge in Pennsylvania ruled Thursday.

Raccoons, no matter the damage they cause, are not engaging in “vandalism and malicious mischief” when they break into a building and wreak havoc. Why? Because they are not human and are not capable of malice, the judge ruled.

Capital Flip LLC sued its property insurer American Modern Select Insurance Co. for denying coverage after a raccoon in 2018 vandalized one of its offices near Pittsburgh “causing a substantial amount of damage,” according to documents filed in the United States District Court for the Western District of Pennsylvania in Pittsburgh.

The insurer denied the claim on the grounds the damage was caused by an animal, arguing in court proceedings that “raccoons cannot, as a matter of law, engage in vandalism or perpetrate mischief — much less with malice.”

A federal judge agreed with the property insurer, dismissing the suit and writing that “raccoons and their companions in the animal kingdom (this is surely about possums – IW) cannot formulate the intent needed to engage in ‘vandalism,’ ‘malicious mischief’ or any other criminal or actionable conduct”

Lawyer readers might advise me on whether this precedent applies to corporate procurement departments, which are staffed by raccoons as noted here a few months back (The Raccoon Bypass: Outflanking Procurement).

Stay furry and cunning, folks. It’s a dangerous world out there.

A core member of the Sceptics Advisory Board just sent me this story ($ paywall) in today’s Australian Financial Review.

Embattled listed dental group Smiles Exclusive has some cash burn troubles. In their report to the Australian Securities Exchange, they had $323K in cash, and … $1.19M in … Bartercard Trade Dollars.

If your company assets include any form of primitive barter: beads, shells, Bartercard Dollarydoos, that’s about as embarrassing as it gets.

If you include them in any kind of report to the market:

If you’re new around here, I write a story like this each Tuesday, and you can get it sent direct and free via the convenient medium of electronic mail. Drop your email here, bless. 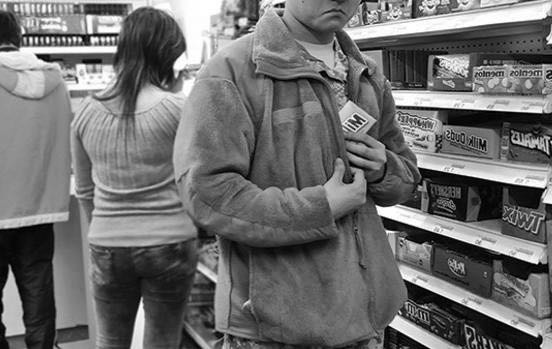 I Was A Teenage Shoplifter And An Ignorant White Guy

My real-life teenage crime exploits, and how Black Lives Matter has taught me that I need to do a whole lot better. 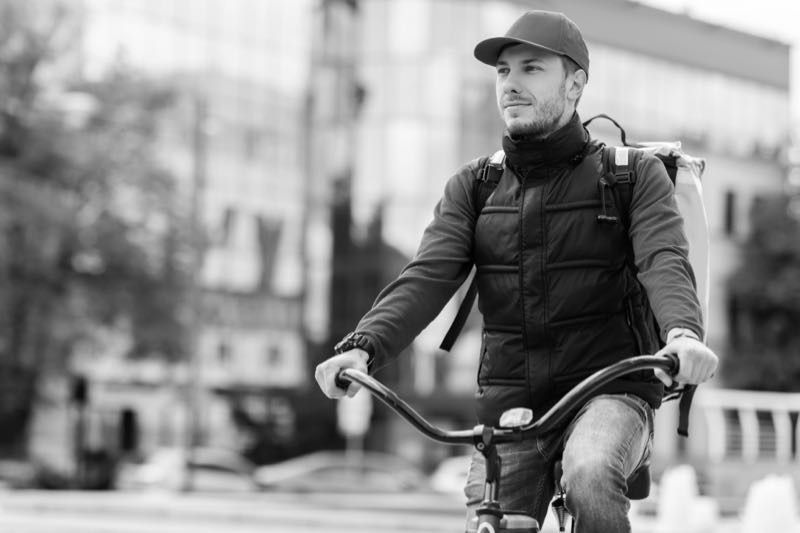 Last-minute grocery businesses are a massive bag of dicks

It’s a business model that seems to have cherry-picked all the worst, hardest, most expensive elements of running a business. 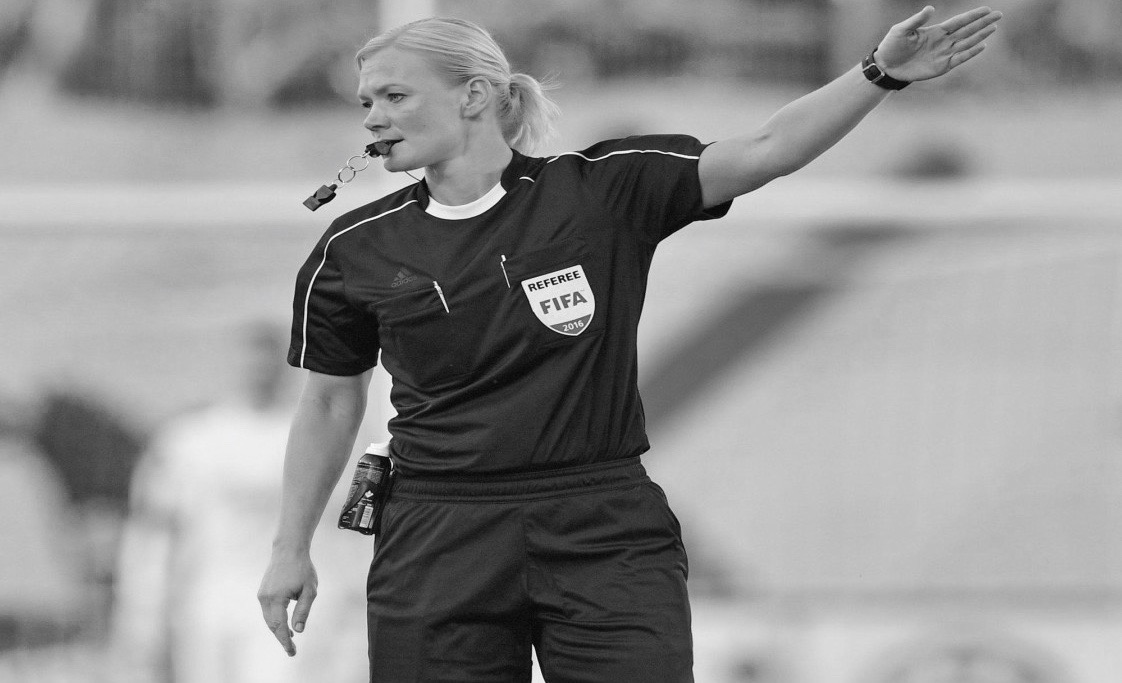 The Sales vs Operations Cage Fight: Some Refereeing Tips

Actually delivering for the customer is the strongest way to build your brand, and for that, sales and operations must learn to get on.

Read More
February 4, 2019
Posted by Ian Whitworth
← PREVIOUS POST
We Launched Our Own Alcohol Brand And Maybe You Should Too
NEXT POST →
Sales Pitches: Stop Ordering The Fish
FREE E-BOOK