Business Travel Tips 2: Are You A Good Person? The Infallible Test
Share 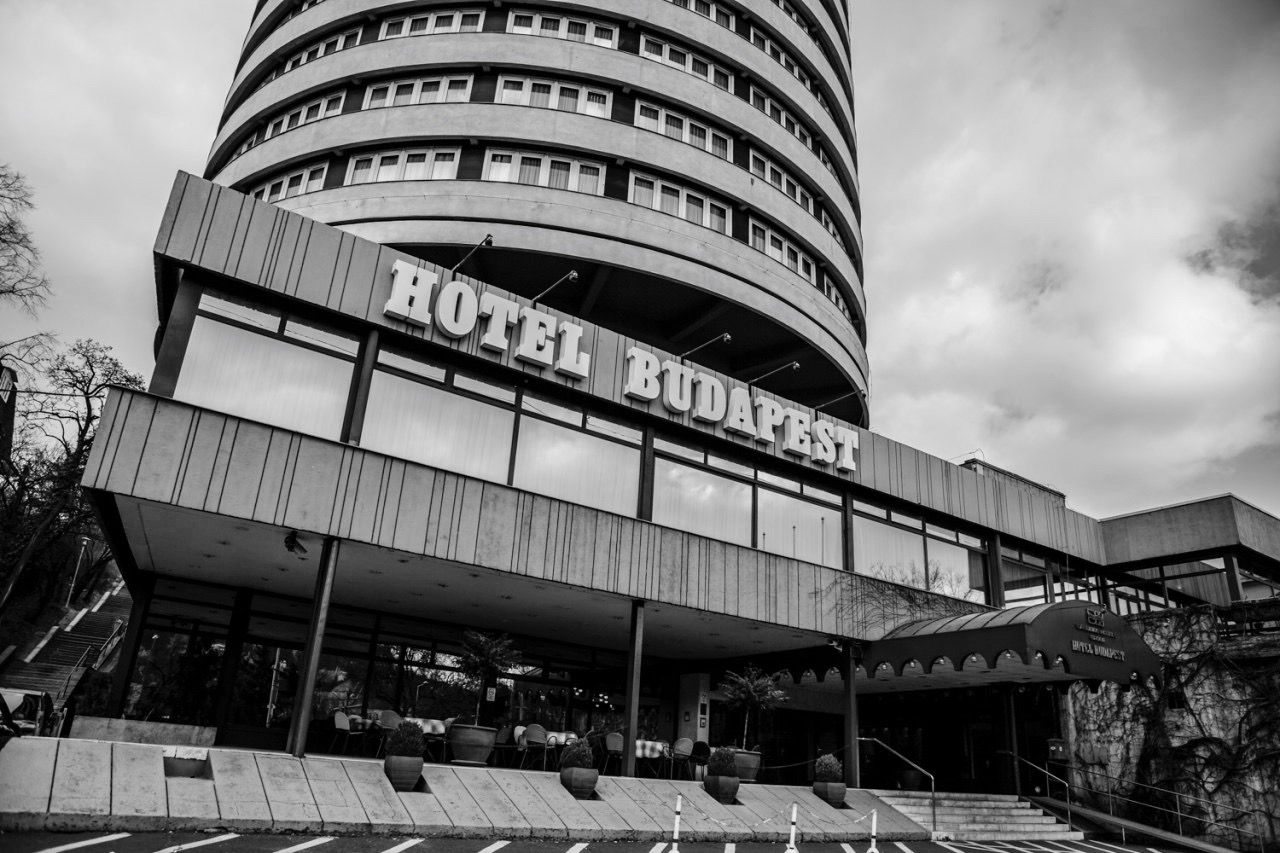 Business Travel Tips 2: Are You A Good Person? The Infallible Test

Last week’s planes and airports piece got a solid response from my comrades out there in business travel land. This week, we mainly look at hotels. So much to deal with. There’s:

Pack your bags and read on.

I was at a conference cocktail party chatting to a sales rep, in a room jumping with potential clients, and she told me she was leaving because it was nearly 8pm and she was going back to her hotel room to catch her favourite TV show.

(In case you’re wondering, she did leave, it wasn’t just a ploy to get away from my party banter. Party conversation escape skills are a whole other post.)

There is not much lamer than sitting in a hotel room alone at night. As a manager/owner, your travel evenings should be out with your staff, clients or anyone smart or informed, so you can learn useful things. If it’s a one or two night trip, the hotel room is basically a space to sleep in for fewer hours than you planned.

So high-end hotels for biz trips are a bit of a waste of money in our view. Unless the client is paying in which case: snouts in the trough.

Our travel philosophy is spend less on the hotel and more on wine. An extra fifty bucks won’t get you a major improvement in your sleeping experience, but it gets you an epic quality lift in the bottle of wine you have before that sleep.

Hotel Lighting and Shower Controls: You Don’t Stand A Chance

Don’t have two bottles. Relaxed but not trashed, that’s the classy way to call it a night. If you’re totally out of it, you’ll lose the forensic skills you need to switch off the seventeen separate mood lamps in your room. Maybe there’s a way to do it with one switch. Just kidding, you have a better chance of breaking into the hotel’s valuables vault than decoding the matrix of buttons, faders and swipe pads concealed in your Control-o-Matic bedhead. You’ll just give up and sleep in a half-lit room, amid a topographical map of non-functional bed cushions.

Because why would you want the same kind of taps you use at home, when you can wrestle an unlabeled crank-handle between “sledgehammer aqua-pulse scalding” and “hypothermic garden sprinkler” modes? Particularly when you’re in an impatient, aggressive frame of mind after fifteen minutes trying to wrestle your little soap bar out of its military-strength shrink wrap.

An essential tip from a friend who is General Manager of a large business hotel: DON’T PUT YOUR BAGS ON THE BED. Because bedbugs. They’re aggressive little bastards, and they like to hop a lift on your luggage and home to your place. Which you will have to burn to the ground and rebuild to get rid of them.

Bedbugs are the full vampire horror movie in miniature. They only come out at night, drawn to your body warmth and exhalations. After feasting on your alcohol-infused blood, they look for the nearest place to sleep and get some bedbug lovin’ (they’re hermaphrodites so it’s an anything-goes bedbug party). If your stuff is on or near the bed after dark, you’re their new landlord.

Don’t think bedbugs are only in crusty two-star places. They operate across all the prestige levels, and they’re not really the hotel’s fault, they’re just a random thing that happens like guests with the flu. So you know those luggage shelves or racks with the webbing straps you see in hotel rooms? Put your luggage there, or you’ll never sleep comfortably in your own home again.

Bedspreads: The Elephant In The Room

Hotel beds are pretty sweet, made up as they are by bed-making professionals with sheets magically crisper and flatter than you can achieve at home. But the elephant in the room is: have sweaty, unattractive couples been having dirty sex on any of those surfaces the night before?

Yes they have. Just look around the lobby.

The question is: are there bedspreads? If the top layer is anything that isn’t a clean sheet, peel it carefully back while wearing rubber gloves. Or just leave immediately and check into another hotel.

How often do bedspreads get cleaned? I did a quick survey of the two hotel general managers I could get on the phone today. Neither of them used bedspreads any more, but in previous jobs with hotels that did, they were cleaned sporadically, depending on … “visual signs”. I will never put an emoji in this blog but that’s the closest I’ve come to it.

If the hotel uses triple-sheeting, where there’s a sheet on top of the quilt or doona, you can relax on that thing without feeling like you’re sharing it with the spirits of your lobby friends.

Stay Out Of The Diary

Hotels do it too. All hotels have a diary. They call it The Diary, and any room incident gets an entry. When the executive team meets each day, they go through all The Diary entries like conscientious professionals.

So after the second bottle of wine, when you wake up in the middle of the night and wander naked to the “bathroom” only it’s actually the hotel corridor – happens a lot – you’re going into The Diary, security footage and all.

Hotel corridor lighting is not flattering to the nude body. Don’t be agenda item #1 of tomorrow’s meeting.

Secrets of The Upgrade

A lot has been written on the topic of hotel and flight upgrades and how to game the system. Here’s an experienced traveller’s tip on how it works:

You’re not getting an upgrade.

Particularly on flights, asking for an upgrade won’t get you one. Petulant complaints won’t get them either.

Are You A Good Or Bad Person?

It raises a broader moral question: how do you tell a good person from a bad person? There’s an infallible test: are they pleasant to service staff?

This test works in all areas of life, from everyday business to first Tinder dates. Service staff in all walks of life don’t get paid enough to deal with you being a high-maintenance dick. If you belittle them or order them around, you are a bad person, and you should lift your game as a human being.

If you are nice to all the service staff you meet, sometimes you’ll randomly get an upgrade because they’re overbooked. But your main satisfaction should be that you chose to be a good person by smiling and helping to make someone else’s difficult day just a bit more bearable.

So save your time and don’t click on bait like “the five things you should wear to get an upgrade”. They are space-filler fiction, just like those “how to arrive refreshed” pieces that tell you not to drink alcohol on planes. Soda water all the way, a few dabs of moisturizer and you’ll walk off the plane like a movie star. Please. If you’re going to spend a dozen or more hours trapped breathing other people’s gaseous emissions, the only thing that will make it better is sleep.

And when do you sleep best? Is it:

A: After a full-body cleanse regime of soda water with a twist of lemon rind and two activated almonds*?

B. After a ton of stodgy food and copious drinks?

Learn from zoo animals: eat everything, then sleep for the next 12 hours in whatever position you finished eating in. So smash into whatever’s on that trolley. All those “arrive refreshed” stories are actually written by the airlines’ cost accountants, trying to whittle down costs to boost their wafer-thin margins.

You spend enough time worrying about your own margins, other companies’ profitability is no concern of yours. More champagne, thank you.

Next week: why motivators suck, and the guaranteed path to success in 7 short bullet points. 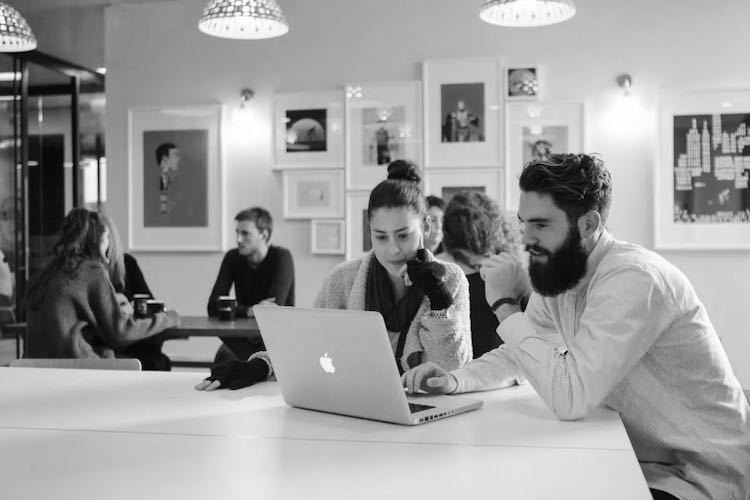 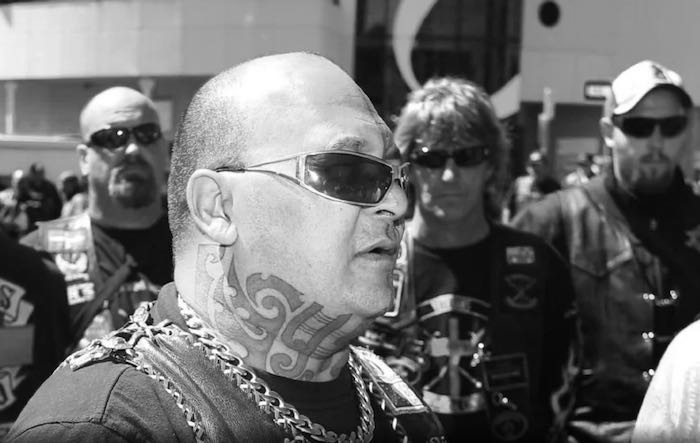 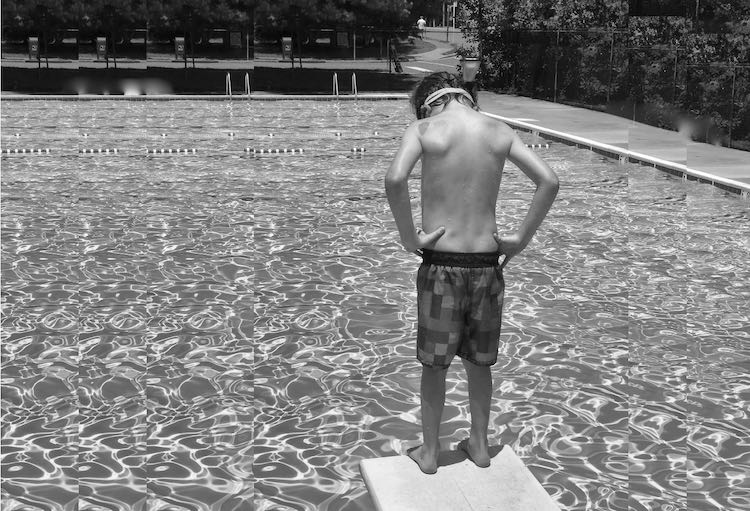 ‘Just Common Sense’: Your Obstacle To Actually Doing Anything

It seems so obvious, yet so many people are oblivious to the Grand Canyon gap between the knowing and doing sides of their business life.