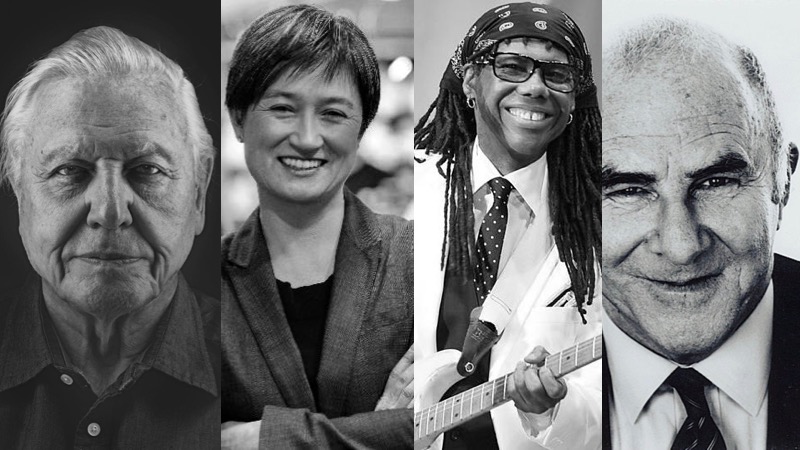 I’m writing on the plane coming back from three days of music festival, feet destroyed, so now you’re expecting some on-point ‘learnings’ about millennials, for many of whom the 2019 look was arseless vinyl chaps with g-strings.

Here’s your lesson: it’s really valuable (and fun) to get among a crowd of 40,000, that’s enough of a sample to remind you that millennials are not some uniform mindset from your PowerPoint show. Read I Am Not Yr Fam for a whole story on that. People were good-natured, chatty and far politer than in the average train station.

And I’m a thousand years old, who am I to tell them how to dress?

Headline rapper didn’t show up. The conversation took me back to 1989 and one of my favorite lyrics ever: Public Enemy’s Fight The Power and its searing, American-blasphemy takedown of Elvis, John Wayne and others.

It reminded me of an absolutely vital question for business people.

Who Are Your Heroes?

Embarrassing confession: as a business person, I have no business heroes. There are plenty of business people I admire. But hero is a big word.

The guiding lights in my life are all from elsewhere, but they give me a vast well of inspiration as I do business things.

I really recommend it for escaping the endless content recycling bin that is LinkedIn and business advice in general. Let’s look at four magnificent human beings, and just a few of the lessons they’re teaching me every day.

Obviously I’m not the Lone Ranger here. The man is beloved across every generation. He’s the genius storytelling grandad you wish you had.

Did you see him on stage at Glastonbury? He comes on in front of 80,000 people to thank them for going plastic-free and it’s reverent silence to the horizon.

Every soul in that field, no matter how cooked, knows that when the man speaks you shut up and listen.

Gosh that sounds a bit grim but if you can just keep working on your own terms it’s brilliant. Attenborough is 93 and still getting a ton of stuff done because he loves it and because he can.

That’s why he looks no older than about 70 on stage there.

On the same topic look at David Bowie, casually knocking out one of his better records in his final weeks on the planet.

Whatever gifts you have – and they don’t have to be Attenborough or Bowie level – it’s weak and ungrateful not to use them as fully as your health permits.

I’ve managed to sort my business affairs so I can work as much or as little as I choose, plus do all the side-projects, as long as I’m breathing, and my God I’m so excited about that. There was some luck involved but also decades of thinking ahead. And obviously a fair bit of work.

As a business owner you look at the political class and think: would I hire a single one of you to run my business and the answer is fuck no, other than Senator Wong.

I would trust her to run anything. In the senate and on TV, you see her drawing on endless reserves of restraint, being the only adult in the room while crusty old guys posture and mansplain.

She’s across all the details and doesn’t insult people’s intelligence. I aspire to her calmness in situations that would make me empty a water jug over someone.

Students of presentation and meeting skills should examine the Wong art of the extended silence. You’re in no doubt as to who’s in charge of this little engagement. Watch the seven second pause after the “Hockey owes me” and see how it intensifies the message far beyond words. Watch their downturned, “I got nothin” faces.

Other than in parliament, leave the gap and you’ll get better answers.

Nile Rodgers is the Attenborough of music, bringing pure joy to millions – no, billions – since the 70s.

He started out by pretty much defining disco with his band Chic, and wrote and produced endless hits for others.

You’ll know his signature staccato guitar sound from Daft Punk’s Get Lucky. It seems so simple, yet nobody else can play it at his level.

Miles Davis taught him it was all about leaving space between the notes. “It’s the stuff you don’t play that makes it funky”.

This is the very soul of marketing. Businesses take something that’s simple and great, then drown it in additions and mandatories and you just end up with noise.

I meet guys who talk of their expensive vintage guitar collection even though they can’t play all that well, and it is not cool.

Nile basically uses one ordinary guitar he’s had since the 70s. NME magazine calculated the sales revenue of all the records that one guitar has played on and it’s … over $2 billion.

When I’m stuck with ‘equipment guys’ I sometimes like to show them this glorious video of Kelly Slater surfing a coffee table.

Get some skill before you get the equipment. I’ve seen companies dragged close to ruin purely because the tech-fetishists in IT talked the CEO into buying an enterprise platform they simply didn’t need.

The heavyweight champion of funny-but-serious writing. A man with the skills to describe Mr Universe-era Arnold Schwarzenegger as looking “like a brown condom filled with walnuts’.

I discovered him as a teenager and have been shamelessly aping his style ever since.

I’ve read all his books and the answers to every question I’ve ever had are in there. It’s as close as I can get to imagining how deeply religious people care about their choice of holy book.

Clive has an Aladdin’s Cave of highbrow achievements. He’s translated philosophers from a bunch of languages. He learned Russian so he could read their masters in the mother tongue. It’s unlikely you knew that because he doesn’t mention it much.

Clive Lesson 1: If You’re Clever, Don’t Talk About It.

I really rate people who have remarkable skills but don’t mention them in the first conversation. These are the people who get stuff done and will not let you down. On the flip side, people who are clever and would like you to know it are insufferable. Hi there, MENSA members!

Let me show you the science:

Through his career Clive was banging out thousands of words a week in different places and every piece read like he’d been fine-tuning it for a month. There is literally no excuse for missing deadlines. Letting sub-standard work out is a sin. Have some pride in yourself.

Clive is why this blog has never missed a weekly deadline and never will.

This approach to inspiration saves me a ton of money in business coaches. Heroes are sitting there on your shoulder waiting to help you out.

When you’re deep in some situation like writing a proposal at 1am, you’ll think for a microsecond: ugh, that’s good enough, it’s bedtime. One of the heroes will appear and say … they don’t have to say anything, they just look at me with one eyebrow slightly raised. And I go thanks for that, what on earth was I thinking?

Find your own heroes. And study the hell out of them. You’d better believe I’ve spent thousands of hours analyzing what these people do in micro-detail so I can steal it all. If you can’t write down ten examples of pure genius to borrow from each of your heroes … you’ve got work to do, my friend.

Just fact-checking videos and articles for this piece today sent chills of excitement through me at how good these people are at what they do, no matter how many times I’ve seen them before.

I have never experienced that from a CEO speech.

Cast your hero net a bit wider, and you’ll land skills and ideas that others are never going to think of.

Why not get more of this sort of thing entirely free every Tuesday. Click here and happiness awaits. 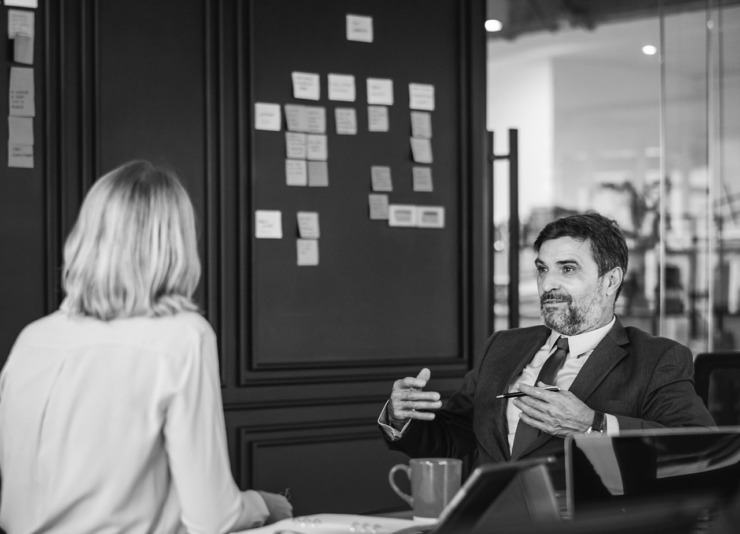 Dealing with people who always get swayed by the last person they spoke to. 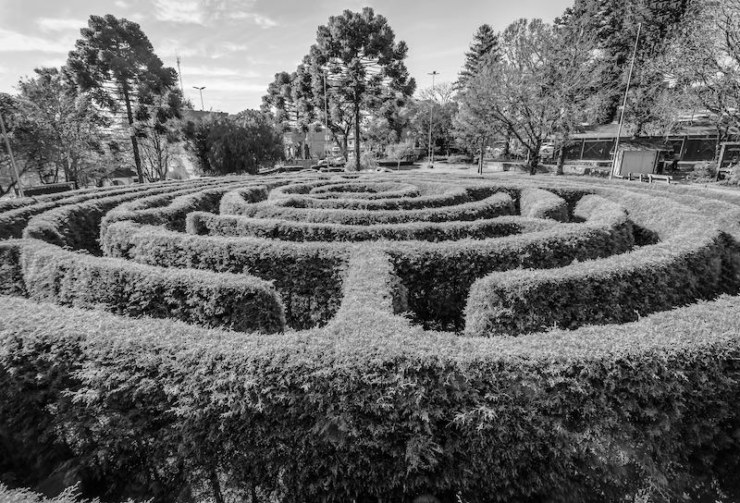 Does more website information mean more sales? Or is it a distraction, burying your core advantages beneath a mountain range of generic info-spam? 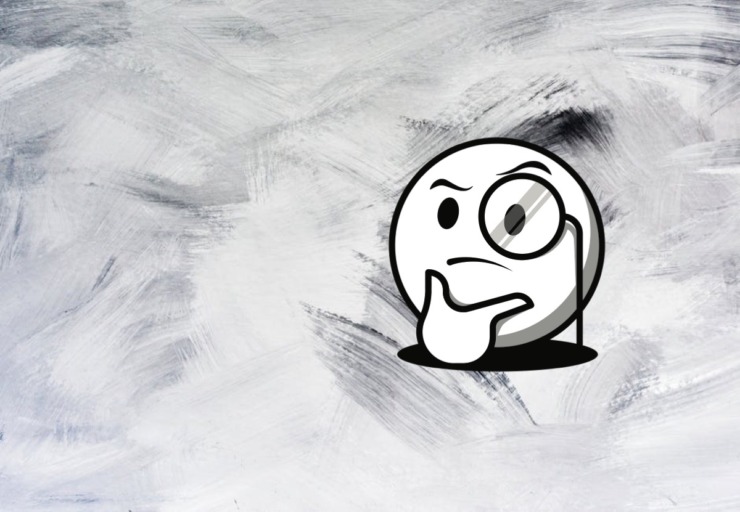 It's the Kill All MBAs rebrand! Time for something a bit more self-explanatory. And a shade less psychotic.