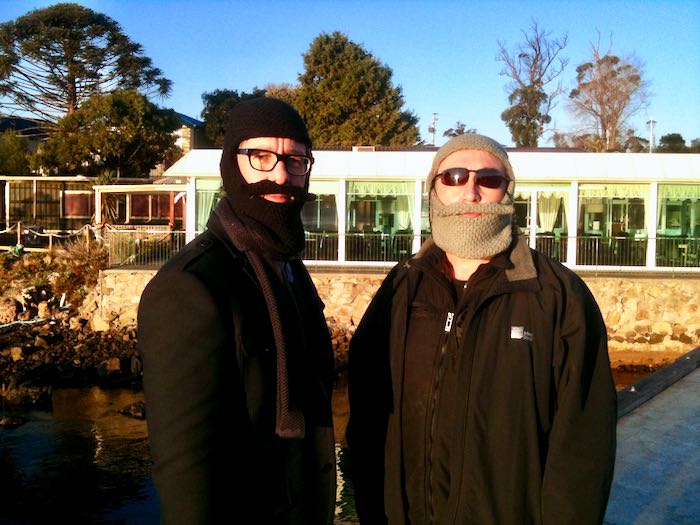 Audio version or get better audio quality on Spotify

The Rest Of The Iceberg

So farewell to this bin-fire year. I’ve documented plenty of the evil that’s consumed us during These Unprecedented Times.

There’s a lot more iceberg under that tip.

I haven’t been able to write about some of the most fucked-up parts of this year. There’s the story that’s still an ongoing legal proceeding but could be a book in itself.

There’s one I can’t say a word about other than it cost us eight-figures. There’s at least six other tales that would each make a horror business lesson blog, but they’re off-limits.

Then there was the last day of August. I was totally cooked from five month of nonstop ‘rona stress. I finally got a three day break: the annual surf trip up the coast with the boys, a decades-old fixture. Once you drop off the highway, there’s no phone signal, a great destination feature.

Attack Of The Pheochromocytoma

Five minutes before I enter the dead zone, I get a call from Isabel, my business partner Peter’s wife. Peter had been rushed off to hospital with a blood pressure of 230 and a racehorse pulse rate.

Scans showed he had a tumour the size of an orange, sitting on top of his adrenal gland, making it punch out a lion-attack level of adrenaline 24/7.

Another day and he would have died. If, say, they’d been out camping, which they often do in one of Peter’s many VW camper vans.

The doctors couldn’t operate, because his heart was already stressed to destruction point and the op would have been touch and go.

So Peter stayed in the hospital for a few weeks while they smashed him with drugs to whip his heart back into operable shape.

(It was a pheochromocytoma if you’re into medical details. It’s super rare, which you can tell by the number of interested doctors who swarmed from long distances to check it out. They’re benign which is handy.)

Then another ten weeks at home on the drugs waiting for the operation to get that fucker out, which was No Fun At All.

The Best Fun Of My Life

Peter and I met at a technical conference in America. We became mates for life after three weak American beers in the hotel lobby bar on day one.

We re-enacted Fear And Loathing In Las Vegas over the next week. We had many drunk ideas, and discussed that at some point we should set up a business together. It took us another decade, but it was worth the wait.

We are in to make money, obviously. But far more than most, we are in it for the entertainment. Being in business with Peter has been the best fun of my life. There’s a clear sense that we can do and achieve anything.

I used to have a marketing agency, and one of the reasons Scene Change exists is to test ideas that my clients were too timid to approve. So we started the business and tried all those things.

Here’s our marketing approval process: I’ll come up with ideas like Scenejet or launching an alcohol brand. I’ll call Peter up and he just goes “don’t even tell me what it is, surprise me”.

The Statler And Waldorf Of Virgin Australia Row 3

It’s not all mad antics. We both have similar views on keeping businesses simple, supporting our staff to do the best job they can, and not wasting money. I know I can trust him with spending my money and vice versa.

And we both share the hobby of being absolutely fascinated with what makes humans tick.

Peter and I don’t work directly in the businesses.  We have awesome business partners who run each office better than we would. We visit each of them every couple of months.

Neither of us believe in astrology, yet our birthdays are within a week of each other, evil Gemini twins.

Our business partners will tell you they can phone us separately to discuss some burning issue, and both of us will advise the same course of action independently.

In our pre-COVID life, we would sit on planes and run through scenarios and hypotheticals and place non-monetary bets on what people will do. We’re like Statler and Waldorf from the Muppet Show.

I fucking live for those trips, and this year has punched a huge hole in my life by their absence. The late night strategy pondering in wine bars. And  just having long random conversations with my mate.

Being grateful for the miracle that we created a system where that is actually our job.

If I had to fly solo around the country like some sad-ass lonely business man, my life would be a pallid shadow of what it is. CEO’s and solo business owners complain about it being lonely at the top.

Bad luck, that’s your choice. Learn to share and life is great.

We live in different states, but Peter and I talk a lot. It is unusual for us to not laugh like fools at some point on each call.

When bad things happen, we get on the phone and bat them back and forth. It’s so much better than if it were just you and the doubting voices in your head. It’s like business therapy.

The problem with adrenaline-cranking tumours is you have to shield the patient from stressful news, or it’ll make things worse.

So our partners and I had to put Peter in the dark. I became the bad news front desk.

Because it’s 2020, this decision triggered fresh waves of incoming evil. Within hours.

Our Adelaide partner Nick called late in the day with some disaster I’ve now forgotten, and I said to him: ‘Sorry, you’re only bad news bronze medallist today, is that ALL you’ve got?’

So Is He Going To Live?

Anyway, the operation was last week, and it was successful.

I asked Peter if we was ok about me writing about this, and he said sure, go for it.  And he reminded me of the time I nearly died when our business was three years old.

I’d forgotten that episode. I was crossing a busy road in the rain, and didn’t see the car in the outside lane, belting past the blocked traffic.

I went spinning through the air, over the car, landing unconscious with an expanding pool of blood around my head like in the movies.

I should have died, and would have if it was a Landcruiser rather than a Hyundai Getz. I came to after ten minutes in the ambulance, and in the emergency ward miraculous scans showed I hadn’t broken anything.

Two police came and took a statement. A week later I got a $79 ticket in the mail for jaywalking.

That’s not really the lesson. It’s that business is a thousand times better if you can talk to smart people who understand, and who care about you.

It’s so good to have backup brains on tap for when one of them goes on the blink for a bit.

All my business partners are that, and it is an ongoing delight to be on this journey with them. Likewise the entire team who work for us, who have dealt with the horrors of 202o in unfailingly positive, energetic style.

It really helps you approach situations like this year knowing that you’re going to survive. And prosper like roaches after the apocalypse.

Welcome back Peter, I have a bottle of Rockford Basket Press with your name on it. 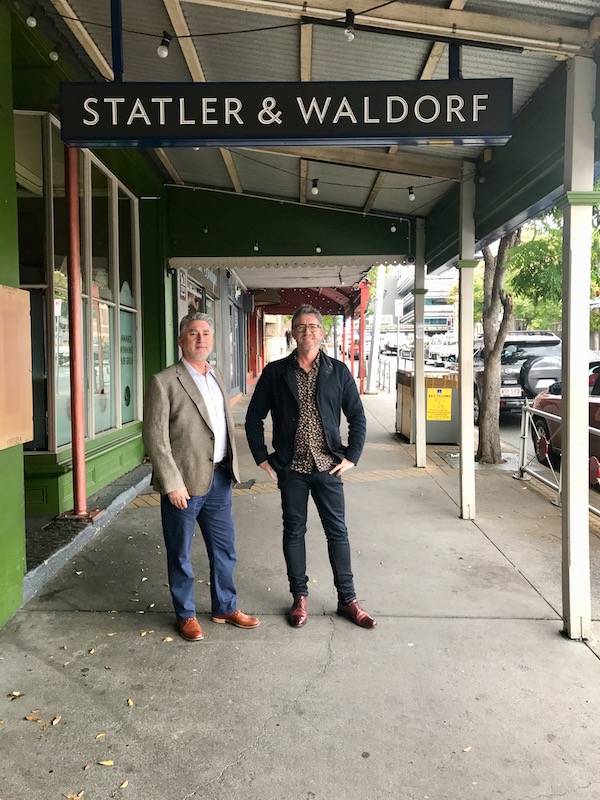 Well that’s it for the year. Between all this and getting a book finished, my brain is shrivelled down to walnut size and I need a break bad.

I’ll be back late January, I’ll send out some ‘Greatest Hits’ tales through the holiday period.

Thanks for reading my stuff this year, and for the many nice responses I’ve had through the year, it’s lovely to know people care.

And a polite reminder I’ve got a book coming out from Penguin Random House in mid-2021, and you should buy it when it goes on sale. Drop your email here for news on that. 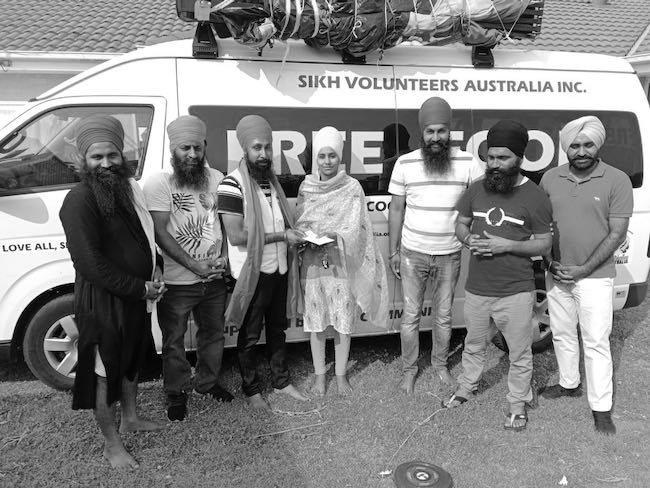 7 Ways To Feel Happier In Lockdown

Even though our businesses are shuttered with little prospect of revenue until next year, I'm OK. Some ideas on how to cope with this endless loop of cancelled hopes and plans. 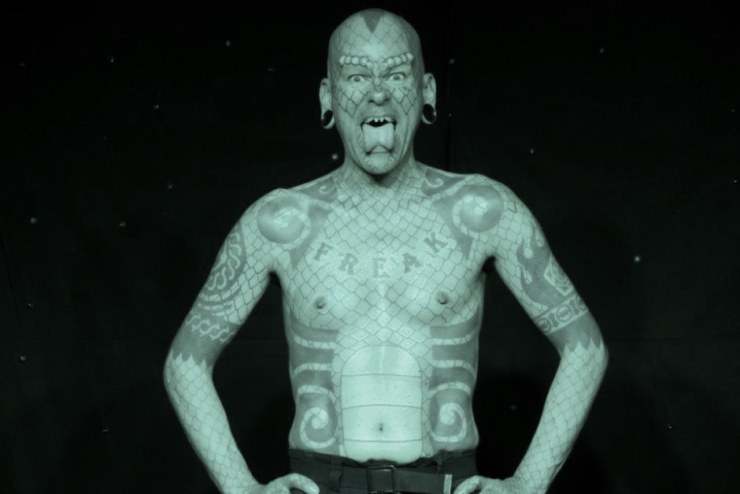 I Was A Teenage Carny: The Lifelong Value of Terrible Jobs

Every terrible job you have is coding in skills that will last the rest of your life. Embrace it. Five essential lessons I learned as a lowly amusement ride operator. 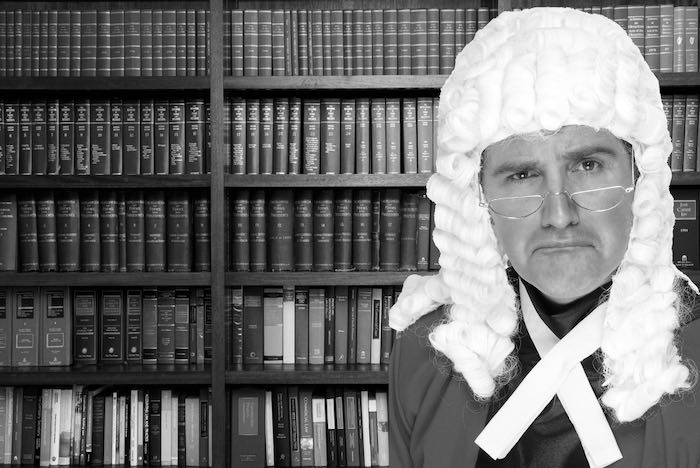 Hey I was young and stupid. Here’s a simple yardstick to guide your behaviour when your age starts with a 2 or more