Why You Should Read An 85-Year-Old Business Book
Share 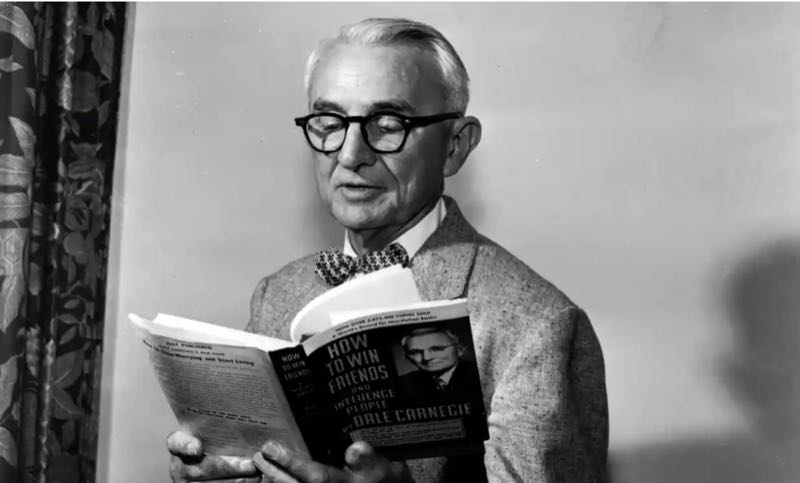 Or now on Apple Podcasts:

Scaling Secrets Of The Big Thrillers

The fact that you’re reading this story puts you ahead of most right now.

The folks at Penguin Random House tell me that in lockdowns, most people aren’t interested in improving themselves.

They want a familiar and escapist read.

So they jump online and order up the twenty-seventh assassination thriller by James Patterson or Tom Clancy. Authors so big they can subcontract elements of the project, like writing the entire book, to underlings.

This seems like a major violation of the artistic code, when you see the 150-point font TOM CLANCY’S then ‘Written by some other guys’ way below in fine print. 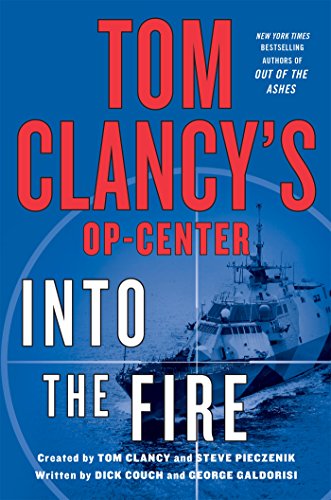 Yet what they’re doing is what successful business people do. Create a product people love, build demand beyond what the founder can deliver, break it down into different tasks, then delegate the work.

Book scalability that would put a tech startup to shame. You have to admire them for that.

It’s also a helpful model if you’re, as in the case of some of these authors, dead.

I’d not read any of those books before now, but I thought: try to be a normal human and open yourself up to new experiences. Stay in touch with the book-reading public. So I ordered some fat action thrillers.

You can feel the formula from page one.

Turns out what readers want in a Man Hero is … bigness.

If you want your action actioned properly, it takes a big, big man and readers don’t want to wait for that information.

“Jack Hanks towered over the rest of his special services team, even though they were all above-average American size. He moved nimbly for a big man through the darkness, weighing up his strategic options, constantly knowing that at any minute his mysterious adversary could strike at him, or worse, at the understatedly beautiful female intelligence operative for whom he could no longer deny a growing affection.”

After the third blockbuster I thought: I’ve got the gist of this, I’m not sure I need to read more of them.

So it is with business books.

They’re all basically a re-hash of Dale Carnegie’s How To Win Friends And Influence People, born of the Great Depression when 20% of America was on unemployment relief. (And yes, I include my own book in that statement.)

It still sells by the pallet. Not that I’m checking the book sales charts a lot, I’m down to a bit under hourly now. Every time, there’s our old friend cruising in the Top 10 after 85 years. 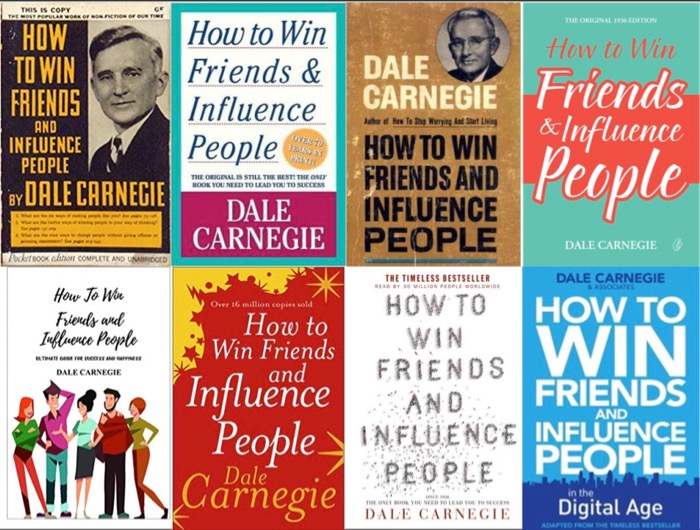 I hadn’t read it in decades, so I re-read it on the weekend. It’s still great.

It’s incredible that this information has been available for so long, yet so many people can’t sell, are dicks to their staff, and are generally charmless in social situations. When most of the answers are in a simple 200-page book.

Carnegie knows how to get your attention early on.

“As I look back across the years, I am appalled at my own frequent lack of finesse and understanding.”

Then it’s a nonstop parade of points you must know if you’re to get anywhere.

It’s the ‘common sense’ I wrote of two weeks ago, that people fail to act on because it seems so easy and obvious.

Reading it is also a sobering experience when you write about business.

I sweat over a story and think: check this out folks, here’s a fresh insight into human nature that’ll help with your working life in today’s crazy world.

Then you read HTWF and there’s that same point, so old it was written when you could tell a gentleman by how he raised his hat.

Obviously given the era it’s very man-centric, though at all times respectful of womens’ intelligence. And much of his advice aims to curb male business habits that persist to this day.

You could argue it’s out of date, and you would be wrong.

The whole point for you and I is that it isn’t modern.

Yet its themes are all still correct. 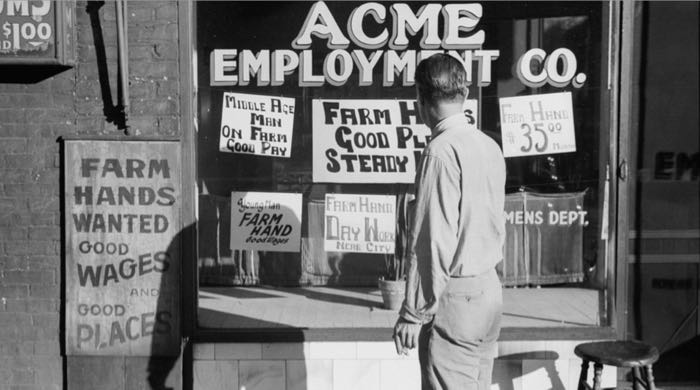 We need this proof that there are constants in life, as we’re showered in bullshit hot takes from everyone with a tech barrow to push*.

Reality: “Instagram has turbocharged the deep, eternal craving for admiration and compliments, because all of us are insatiable hogs for that stuff.”

Here are a few of the book’s vital lessons.

“If out of reading this book you get just one thing – an increased tendency to think always in terms of other people’s point of view, and see things from their angle – it may easily prove to be one of the building blocks of your career.”

Criticism is futile because it puts a person on the defensive and usually makes them strive to justify themselves.

Kindness and concern for seemingly-unimportant people will pay off in the long term.

Show an interest in people’s pet subjects, and listen. You won’t talk much, yet afterward they’ll tell others you were a fascinating conversationalist.

Be the first to admit you’re wrong.

It’s charmless to correct people, purely because they’re wrong, when it doesn’t matter.

The best way to win someone over to your idea is to persuade them that it was actually their idea.

You can’t win arguments or change people’s minds with all the logic in the world.

When you write to someone, open with a line that’s about them, not how great you are. (Have a look at the first line of this story again).

“Almost every successful person likes to reminisce about their early struggles.”

Hell yes they do.

When criticised, always be the better person. Mind you we can’t live up to the Carnegie ideal every day: 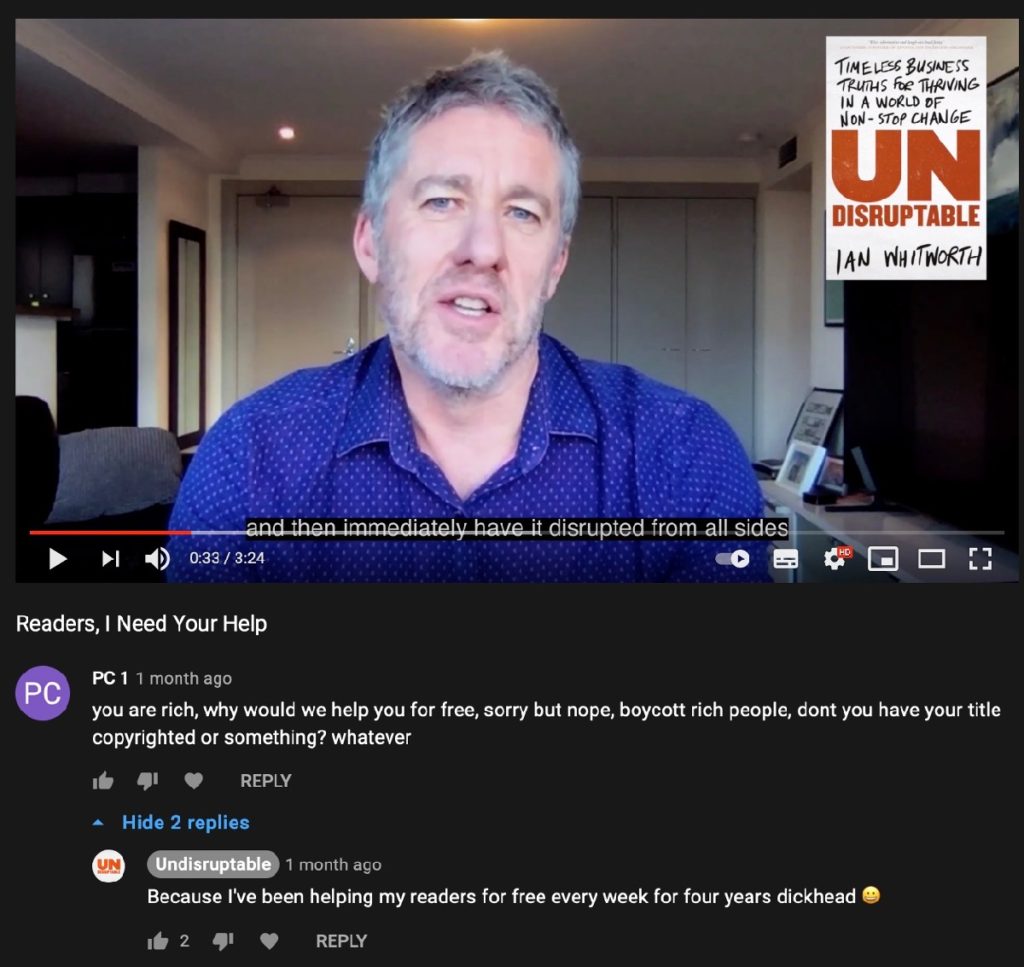 But do your best.

There are some mysterious bits. In the midst of a dozen Depression yarns, there’s the boy Stevie Morris, whose teacher encouraged his special hearing skills to help find a mouse in the classroom. “And that boy grew up to be Stevie Wonder”. We know the man’s a genius and now we can add time travel to that skill set.

To be honest I don’t know how fact-checked some of the stories are. There’s a lot of this kind of amazing tale:

“Finally he got a job pasting labels on bottles of blacking in a rat-infested warehouse …you may have heard of that boy. His name was Charles Dickens.”

I’m prepared to put up with some tall stories because Carnegie’s lessons on human nature are so on the money to this day.

Anyway pre-order my second book IAN WHITWORTH’S UNDISRUPTABLE 2: Big, Big Business, written by some rando off Fiverr, with minor guidance by me from my private island. Get on board that scaling train!

*Update Tues morning: not wanting to make light of the tragic situation in Afghanistan, but this is the kind of mindset I’m talking about:

If Afghanistan’s infrastructure was built on Ethereum there would be very little for the Taliban to seize as they roll back into town.

The banks would still work. Decisions could still be made via DAOs that involve the outside world. It wouldn’t stop working for even a second.

Want to read one of the more entertaining rewrites of How To Win Friends?

Of all the thousands of business books you can buy on Booktopia, plucky little Undisruptable has the #1 Customer Review rating.

If you’re tired of getting up at 4am to feed the hogs, then walking a dozen miles to your day job in the asbestos factory, this is your book. 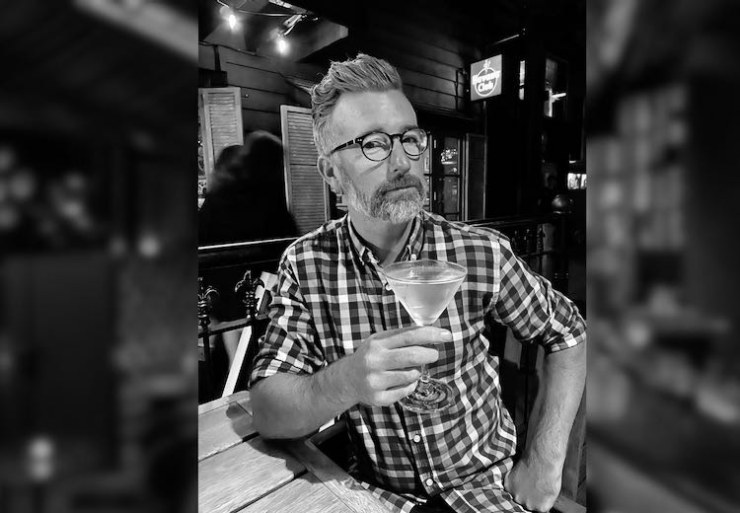 We Will Survive And Here’s The Main Reason

Twelve horror months on, we’re certain our businesses will survive. A big reason for that is a mindset business owners don't talk about much: be less Gerry Harvey, and more like Gareth. 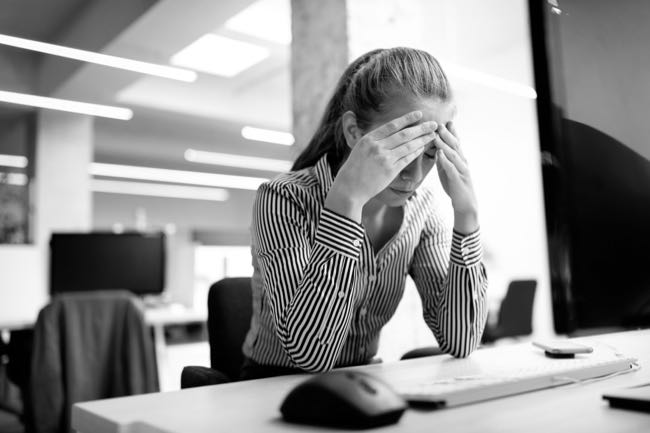 Is Your Job Inspiring You Or Crushing Your Soul?

There are two sorts of businesses. One is exciting and fulfilling to work at. The other will crush your soul. 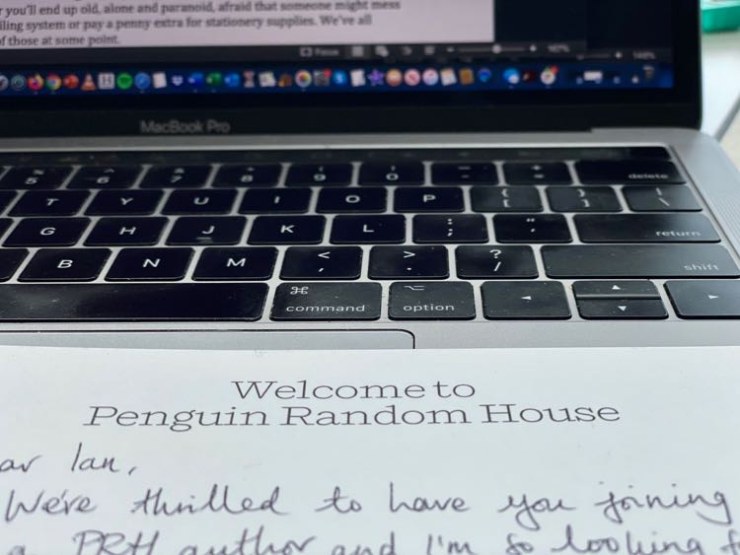 So I Got A Book Contract, Here’s How

From deep in the sulphuric ash-pit that is the year 2020, I’ve ticked off one of my biggest life goals.

Read More
October 19, 2020
Posted by Ian Whitworth
← PREVIOUS POST
Are People Just Like You Holding You Back?
NEXT POST →
7 Ways To Feel Happier In Lockdown
FREE E-BOOK