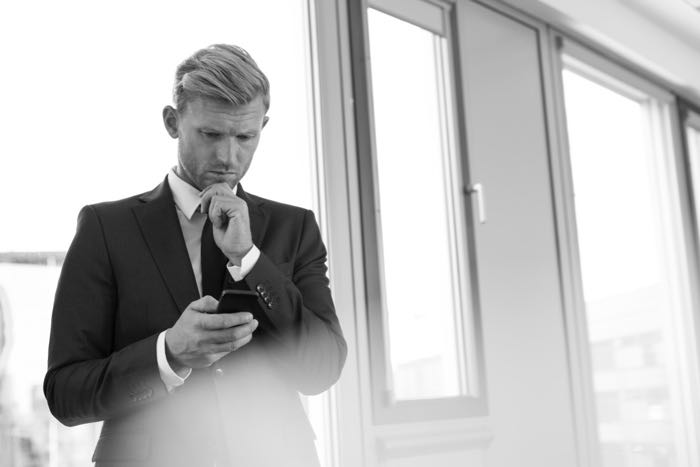 Early on in your business, you will do humiliating new business pitches and tenders. You will lose by an Eric The Eel margin.

You feel so stupid and dirty afterward that you think, maybe business is not for me.  Might be time for a new job, working the streets in a koala suit, shaking a charity coin tin.

Last week my business partner PK and I did our first post-Omicron trip to visit some of our offices. Even thought it was like visiting meteorite craters, it was still great. Late at night having a final reflective glass of red in the hotel, I asked him for his Worst Five Moments of the Scene Change journey*.

We both had flashbacks to awful sales pitches from early times when we needed a win bad. We had opened offices in four cities in year one, entirely self-financed. We had eleven full-time employees and the tank was running dry.

There was a major, put-us-on-the-map contract opportunity in Adelaide. The clients in this category were vocal in their dissatisfaction with their existing supplier. Too expensive, too unresponsive, too complacent, they would tell at industry cocktail parties.

“If only someone else came along and offered decent service, we’d drop the existing supplier in a heartbeat.”

So here we were, solutions to all those problems served up on a platter.

And the decision-maker was a good friend of one of our business partners in another state. They had worked together, partied together, been in the same basketball team. Word on the street was they were tired of their existing supplier.

It was, we were assured, In The Bag.

PK and I flew to Adelaide with that business partner and another staff member who was also in the special friends circle. You can burn through quite an amount in flights, accommodation and long dinners where you confidently map out your post-victory hiring and capex plans.

The old gang gets back together

The meeting was set for 10am in a hotel lobby café. We pictured an affable hugs and smiles reunion of the old team. The client was half an hour late. That was OK, we knew he reported to the business owner, a notorious tyrant with a penchant for gold tap-fittings and toilet seats on his yacht.

Finally he strolled up the table, his face as neutral as a casino croupier. Like he’d never met any of us before.

“Good morning,” he said. “What brings you to Adelaide?”

We asked if their contract was up for tender soon. It was. We gave him a brief overview of our new company, spruiking our responsiveness compared to the existing supplier.

He did not crack a smile.

“Well, when the tenders are drawn up, you shall certainly be invited to be on the list,” he said.

And off he went, the meeting done in under ten minutes. There was not a word or nonverbal cue that we had ever met before, or were anything other than generic sales reps.

A week later we found out the tyrant’s goons had fired him first thing that morning.

We tendered for the contract against a long list of others, and of course did not win. Just burned thousands of dollars we didn’t have on a pointless, premature-celebratory trip to Adelaide.

So we hired an insider

We would learn from it, though. A friend of PK and I had just finished a high-level management gig in that client sector. He was one of them, and a dedicated, charming guy. He spoke their language. He was respected in that industry.

We employed him to open client doors and put our case via benefits they would appreciate.

He had to work harder to get meetings than we expected, but another, even bigger new contract opportunity came up in Adelaide. We made the appointment with the General Manager, and the three of us suited up and flew over.

In the cab from the airport, the client’s assistant called to tell us some important business had come up, so our appointment was cancelled. There were no other gaps that day. We flew home like absolute losers.

You must persist, Grasshopper

But persistence is key.

If entrepreneurship was easy, everyone would do it. Success only comes from dealing with these setbacks like Spartans. You dust yourself off, and push beyond the point where others have given up. And thus we were in for an all-important lesson for our long-term success.

We booked another meeting with that client, and flew back to meet him. And do you know what happened that very day?

And we learned from that.

Lesson 1: the people doing the complaining about the existing supplier are several levels below the ones making the decision. They just like to complain. Beware of investing hard cash on the promises of the powerless.

Lesson 2: you can’t give up. You still have to apply the same maniacal effort and self-belief, or you get nowhere. But we learned that we didn’t want to work with clients like that. We steered our strategy toward clients in different sectors.

They were still demanding. But they had some respect for the benefits we delivered and didn’t treat us like common serfs.

The contracts weren’t as big, but nor were the lists of competitors willing to offer up their first-born children as a blood sacrifice.

The humiliation of those early pitch efforts still raises my blood pressure.

Looking back I’m glad it happened. If we’d won those contracts, our business would look very different and we would still be trapped in a subservient hell of our own making.

If they treated us that way, imagine how they would have treated our staff.

A decade and half later, we have nice clients and nice staff and we’re so pleased we listened to the inner voices. Rather than pushing on for years, just because that’s what the success books told us to do.

And despite those early incidents, still a massive fan of Adelaide. Always a pleasure.

* Our worst one I can’t write about yet. I put a 12-month embargo on writing about most situations, because I value our reputation for discretion. People tell us all kinds of stuff and I don’t want them thinking it’ll end up as blog fodder. Interesting side effect: people saying “That blog story was about me!”. And I go, “No, it was someone else much longer ago, that’s just your guilty conscience.”

After being locked away since the book launch, I finally got to Melbourne last week and visited the delightful Readings Books in Carlton, Melbourne’s biggest and best indy bookstore.

Lou (in the middle) who runs the store used to be with Penguin Random House and was the first person there to say “we should get this blogger to write a book”. What a champion. 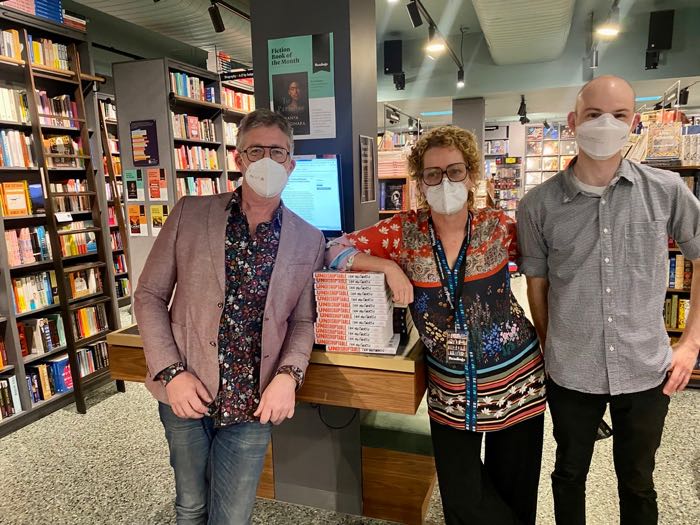 They now have a pile of signed copies of Undisruptable, get in there Melbourne friends or order them online. I believe their just-opened CBD store is amazing also. 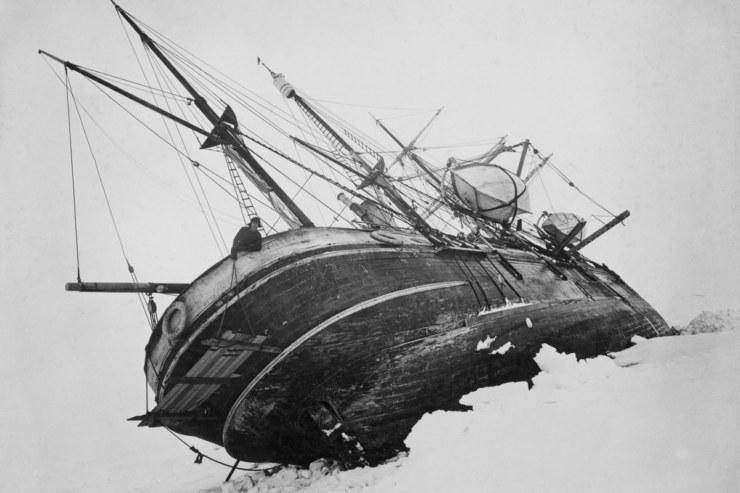 Recruitment ads paint an idealized picture that sets everyone up for disappointment. How to write self-selecting ads that attract fewer, better people. 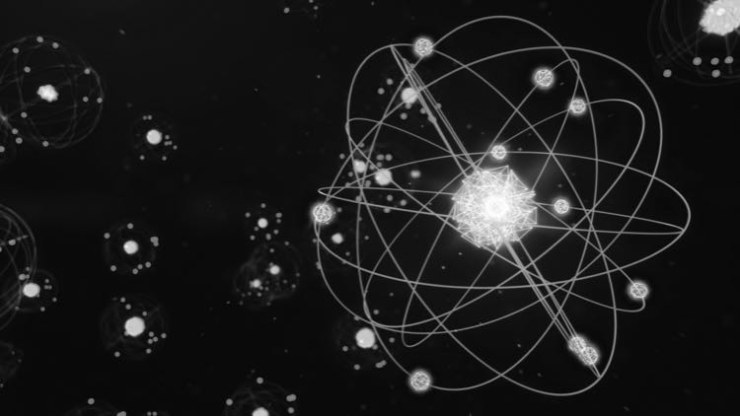 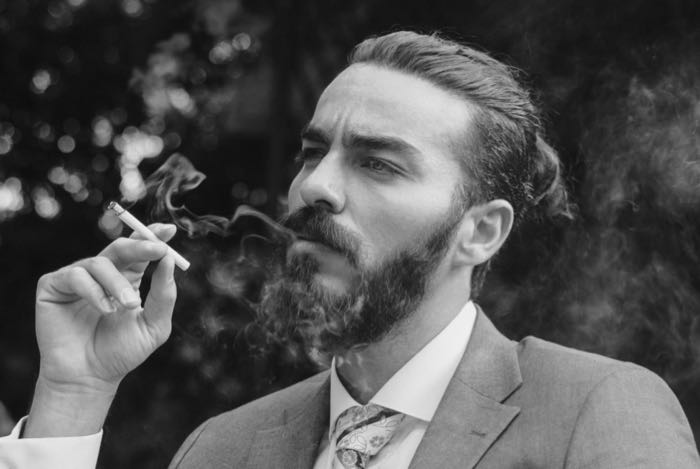 Read More
November 9, 2020
Posted by Ian Whitworth
← PREVIOUS POST
The one clear sign for spotting future stars in your business
NEXT POST →
Survive the skills shortage and be a better customer
FREE E-BOOK