No beer for you: don’t get too close to your product
Share 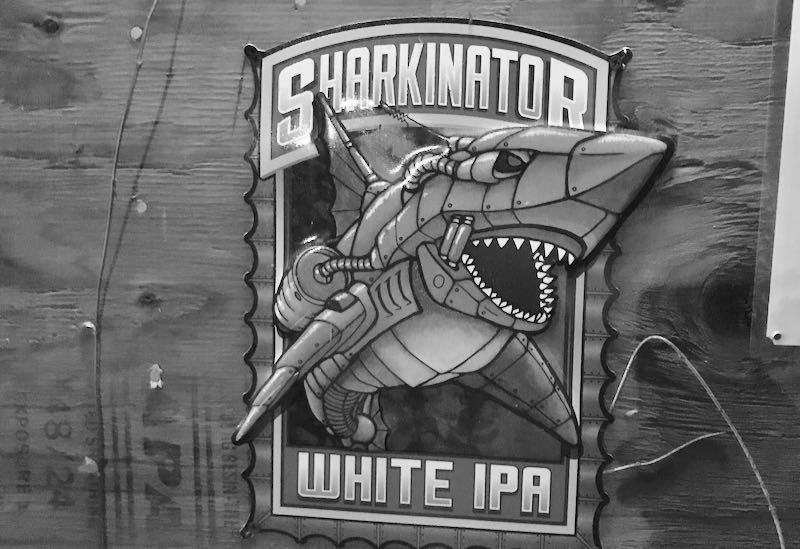 No beer for you: don’t get too close to your product

So you think you’re a badass business rebel

This week’s topic: you want your brand to stand out from the boring crowd. But is your rebellion just a different type of conformity, as rigid and formulaic as everything you reject?

I’ve been thinking about these things on my travels, thanks to drinks. It’s weird to just let the sensation of a holiday wash over you, after years on the endless book-then-cancel cycle. I’d forgotten how good holidays are, plugging yourself in to the charger for a couple of weeks after years running on 5%.

Half the trip was in America. I love it a lot, I find the sheer size of it so energizing. All your problems seem smaller when surveyed from a rooftop bar on the other side of the world, while hustlers hustle all around you. I could sit there for hours and listen to people pitching deals and talking shit up on the next table. For a small-time foreigner, it’s like being an extra in your personal TV show.

It was a bit of a family get-together after the world re-opened, so there was a lot of bar time. It was in one of these that I found the Sharkinator beer, from California’s Lost Coast Brewery. It’s the perfect symbol for business herd behaviour. 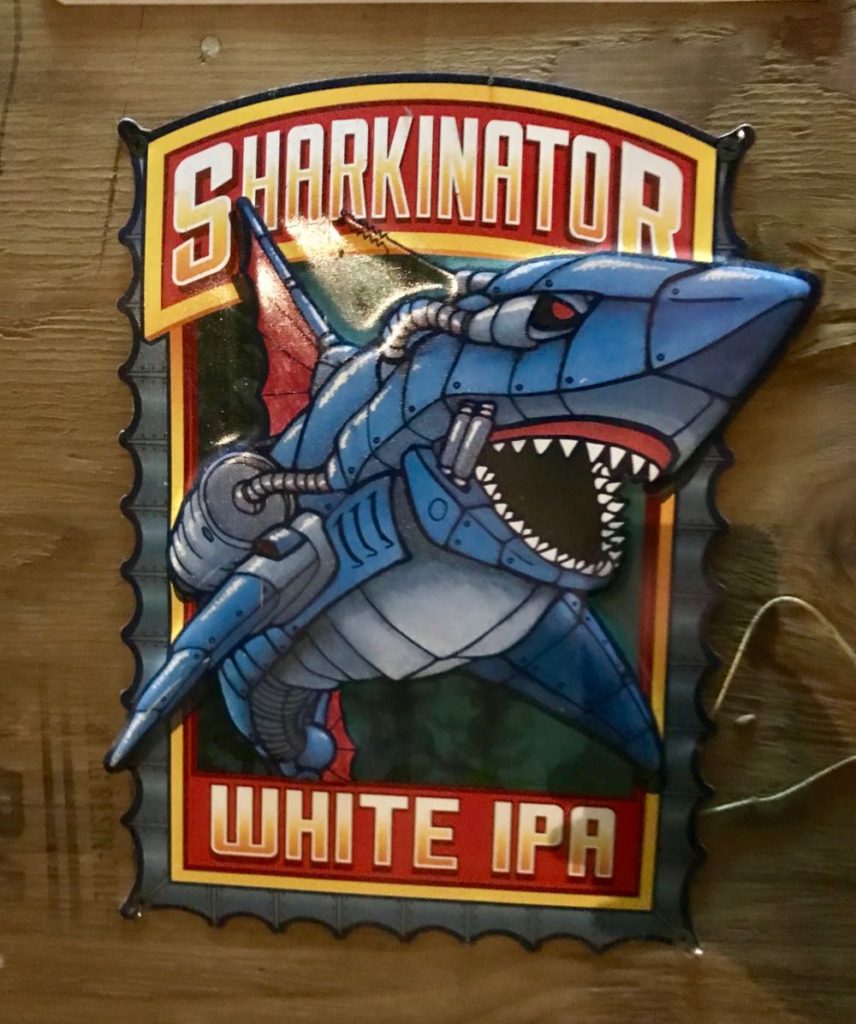 The Sharkinator is what happens when the people steering a business believe every customer is just like them.

American beer has come a long way in a short time. There was a time you couldn’t get a drinkable beer there. Just watery, industrial sixpack-filler. The only difference between American brews was their TV ads: “Guys do we go with bro-jokes, Clydesdales or the American flag?”

(Advertising secret: “crisp” is the code word you use for beer that has no flavour whatsoever.)

Rejoice: you could walk into any bar (or gas station, God bless America) and find world-class beer.

Then, in the last few years, the dial swung a little too far. To the point where you must tread carefully, because your usual drink-counting instincts aren’t tuned to beers that can run at 12.5% alcohol.

The forces of testosterone-fuelled competition are doing their majestic beer industry a disservice, at least in commercial terms.

No beer for you

At the end of a hard day’s travelling, my partner loves a beer or two. She likes basic, normal refreshing beers. Lagers, not fully-jacked triple-IPA’s, doppelbocks, sours, porters or anything else from the extreme flavour section.

We went into a craft beer bar in a coastal town. Nice California vibes. Expensive fitout, the food looked good. We could dig in for the night here. I went to the bar and scanned the list of 20 beers.

I scanned the list in vain for a normal beer.

Bar hipster brought the hammer down on that foolish idea.

“Yep I saw that, but you don’t have any craft lagers? Or a bottle of Heineken in the back of the fridge?”

Lager is a legit style of beer, the largest seller since the dawn of time. It’s perfectly possible to craft-brew a beer that’s not an aggressive hoppy punch in the face. Particularly in this sunny state, where you could really go a refreshing lager as the sun sets through palm tree silhouettes.

Bar guy was having none of it. His moustache twitched a little.

“We only have craft beers sir.”

My partner ended up ordering an underwhelming cider and we decided to eat somewhere else. 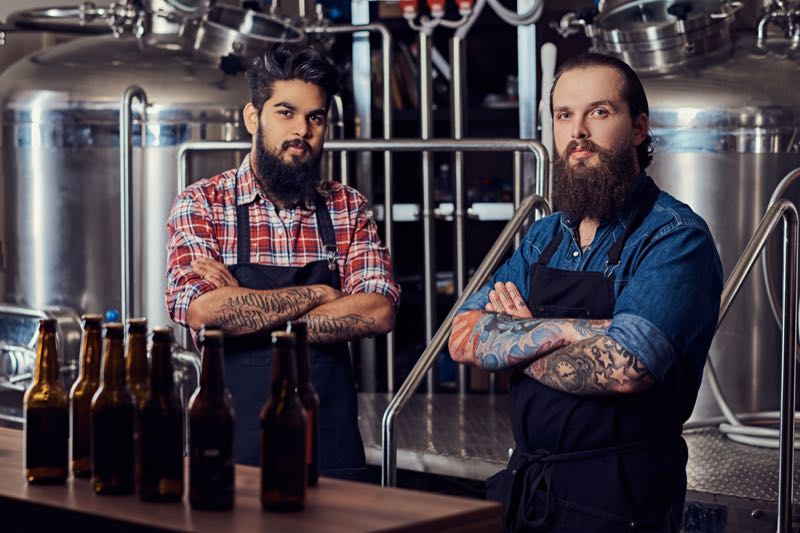 There’ll be no lager served on our watch, ma’am

Do you want to win awards or make money?

That episode highlights what can happen when you get too close to your product, or put product-obsessives in charge.

Ask the owner, the person who pays the bills, what is the purpose of your business?

They will say – when you strip away whatever brand purpose veneer they’ve adopted – it’s to make money. That is a good and noble aim. When you make money, you can grow your business and give more people good jobs. You’re paying taxes and contributing to society.

A good way to make money is to think about how to get customers to buy more of your product.

I’ve worked with craft brewers. Ask the head brewer what that business is for, and he’s (it’s always he) crystal clear on that. 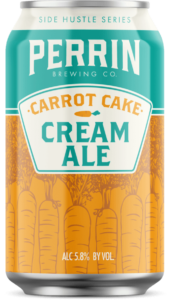 I like a craft beer. I’ll try the carrot cake ale. But even if I love it, here’s how many of those I’m going to have in a day: one. I can’t imagine what effect a big night on the carrot cakes would have on the human body.

All the heavy craft beers have a built-in mechanism to make you drink fewer beers, because you’re too full, too drunk and your tastebuds have been napalmed.

Unlike regular beers, which trap people in relaxed, “OK just one more” mode for the whole night.

If that craft beer bar condescended to make some regular beers, they’d sell guests three beers instead of one. More people would stay to eat. You’d get more groups of people, because not everyone wants a Sharkinator. I did a non-scientific poll of women beer drinkers on LinkedIn yesterday. Some women love a craft beer and that is awesome, but it’s pretty rude to leave everyone else stranded. 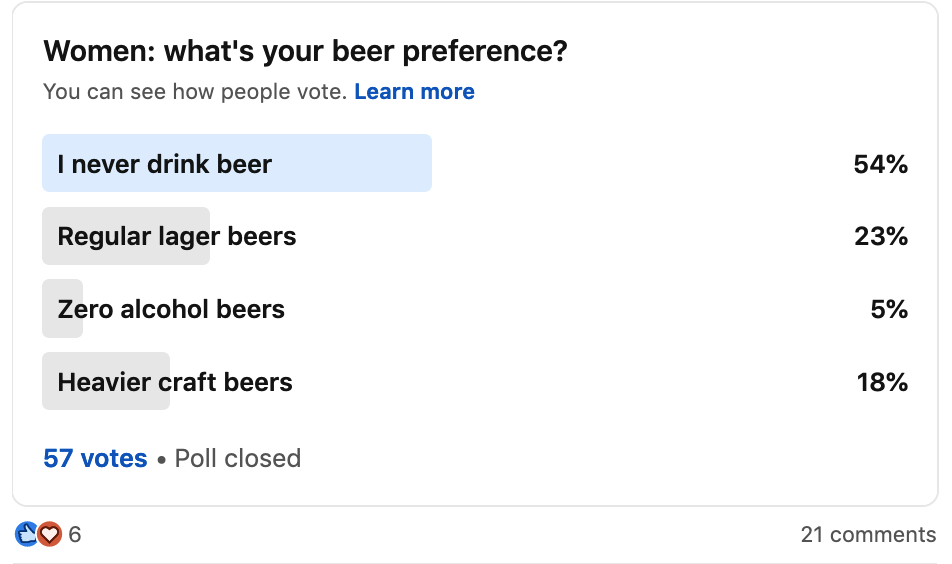 It’s not just a gender thing. What if you wanted to take your dad, when we all know dads just want something as close to XXXX Gold as possible? (International readers, substitute a popular mid-strength lager that tastes like 1985.)

This is not rocket science, any hospitality professional without a craft beer fetish could sort this whole situation out in ten minutes.

No way am I a conformist, bro

This “the customer is me” mindset shines through in the Sharkinator brand. Yes I know they’re kind-of joking, but it is still something that an eleven year old boy would draw on the cover of his school exercise book.

It’s the No Way Am I A Conformist mindset. I am an outlaw craft brewer! I reject the subdued colours and old-school Euro coats-of-arms of regular beers. My packaging shall be as badass and non-conformist as I am!

And yes, individually, that design stands out when you meet with the designer. On a clean white background, alone and free of context.

In the store, it’s a wall of shrieking colour and macho symbology. Hogs, sharks, motorbike parts, lightning bolts. Step back from the craft beer shelf and they all look the same. 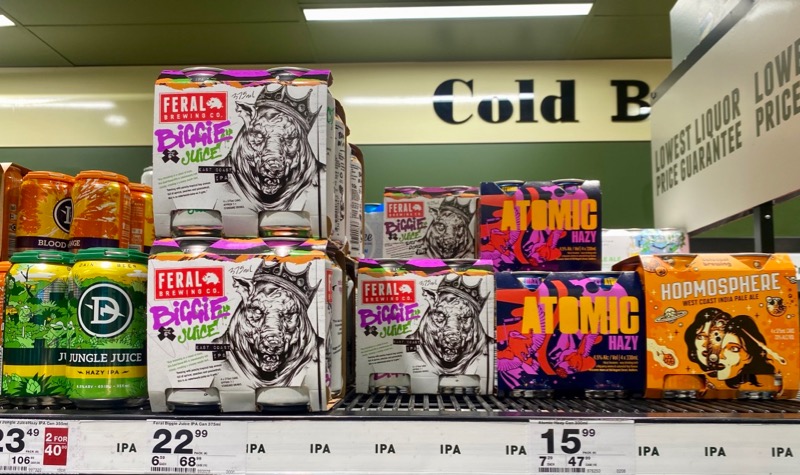 In 2016 Gold Coast brewer Balter waded into this sea of psychedelic packaging with a minimalist brand. Their range looks like prescription beer from the Swiss laboratories of Bayer Pharmaceutical. They’re good beers, but plenty of breweries offer that. Plus they balanced out the punchy stuff with quality basic beers. 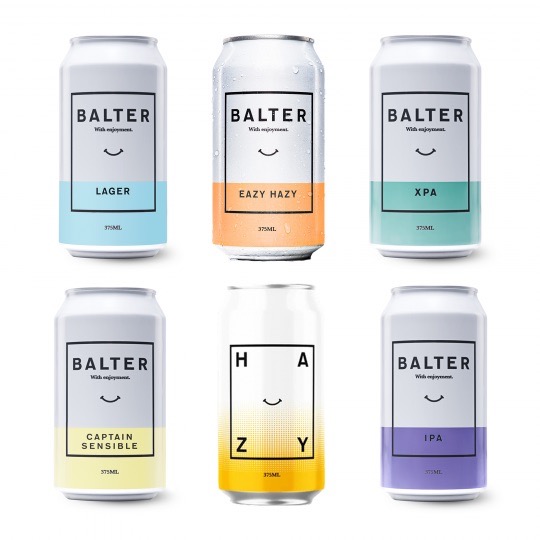 Balter stood out enough to sell their brand to one of the majors after three years for maybe possibly about $150-$200M.

Please calm down with your product love

It’s good to stand for something. I’ve written before about how you’re better off having some people love you and others hate you, rather than trying to please everyone.

But there are subtleties to it. What if the people who love your product don’t come, because they’re with others who don’t love it as much? And how do you generate the volume you want, rather than small boutique purchases.

Calm down a bit, take your metaphorical trucker hat off, and ask your customers what they like.

* Actual payout may not be that much. 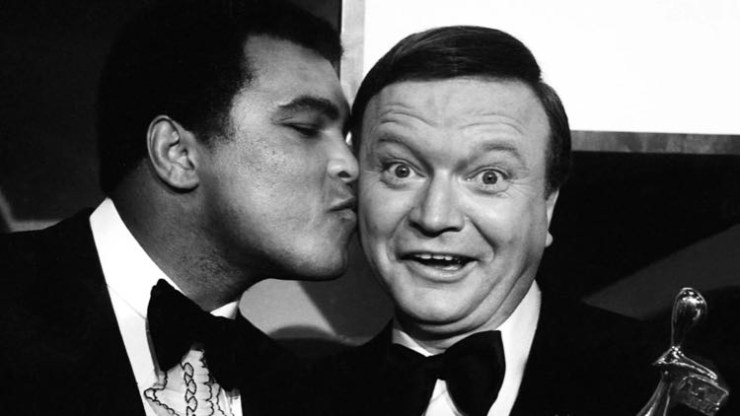 Bert Newton was a beacon of happiness and beloved by people of all ages.mThis week: how and why to be more Bert. 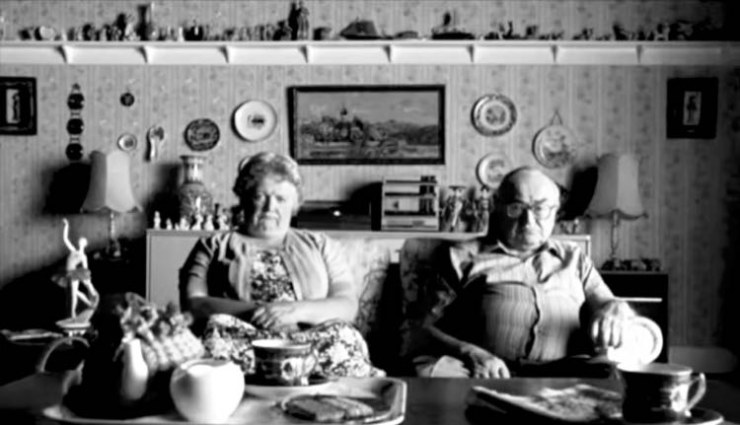 “Wouldn’t make me buy it”: the profit-killing myths of marketing

Most businesses could radically lift their profit margins, but choose not to. Because they think short term, and believe two big myths about marketing. 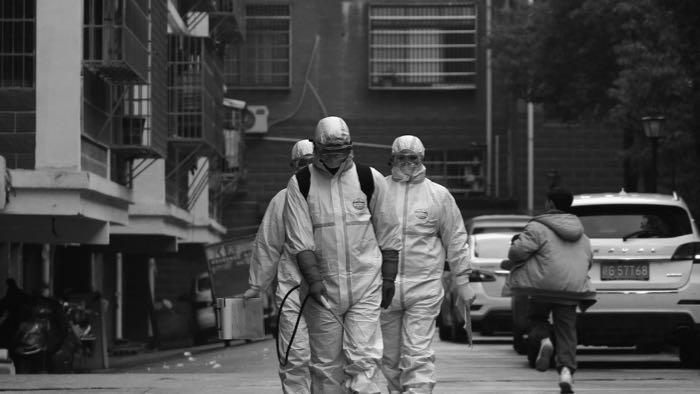 Week 2 of the Covid business hellscape. All the rules are changing. More tips on cash flow, negotiation and government stimulus deals.

Read More
March 23, 2020
Posted by Ian Whitworth
← PREVIOUS POST
The early years are great, don't forget to enjoy them
NEXT POST →
Why you should be nice to staff who are leaving
FREE E-BOOK